“Let us then approach God’s throne of grace with confidence, so that we may receive mercy and find grace to help us in our time of need.” Hebrews 4:16.

In the 1990s, I applied for a nursing position for the New York City Division of Parole. The formal procedures for applicant screening extended over four months and included the requirements for government level clearance along with psychological testing.

The three-hour psychological exam proved to be rigorous, causing mental fatigue from the complicated questions developed to expose moral and ethical deficits and behaviors that leaned toward compromise when a gray area was presented. Repetitive questions were skillfully manipulated using different qualifiers that would reveal the most covert character flaws. Later that evening, as I thought about the questions, I began to doubt myself and wonder if I was really the person that I felt myself to be.

When I received the call for the first of five interviews, I prayed for Divine Intervention to withstand the interrogative discussions with high-ranking State officials. During the final interview with the Executive Director of the program, he requested my permission to ask an “off the record” question. I can recall thinking, “Red Flag time.” He then revealed that I had achieved one of the highest scores for the psychological examination; therefore, he was seeking my opinion as to why I had made such an accomplishment.

Without hesitation, I answered, “I was raised to love God, and, this is how I approach life, I do not believe in gray areas.” At that point, he smiled and revealed that he was the First Elder in his church; even so, he reiterated that I was the last nurse to be considered for the position due to lack of criminal justice experience. After two months, by a 4 to 1 vote, I received the job offer to render healthcare to parolees in a minimum-security facility.

It is now that I realize that God was testing my faith. Yes, it is still illegal for questions or answers to contain religious beliefs while interviewing. Even so, God allowed the “off the record” situation to occur to reveal whether or not I truly loved Him. I took the leap of faith and answered according to my belief in the Omnipotent God.

Prayer: Dear God, Thank you for allowing the situations to occur that reveal who we really are. In Jesus’ name, we pray. Amen. 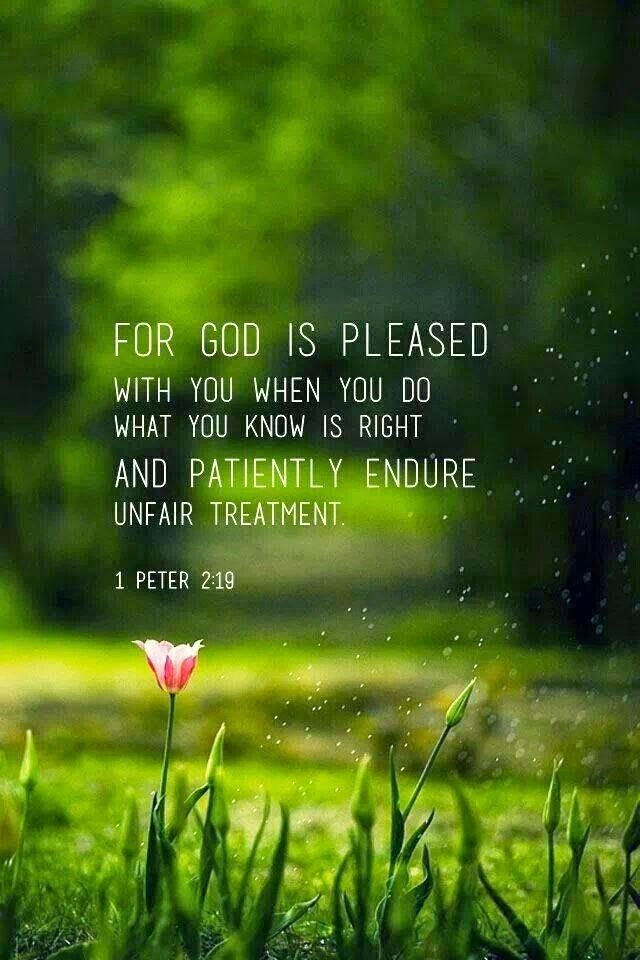 By profession, I am a Registered Nurse, with a passion for helping others overcome the obstacles in their lives. I am a writer of Devotionals, Romantic Poetry, and Research Articles. The recent development of Mentoring and launching as a Motivational Speaker has prompted me to address real-life issues for women from a spiritual perspective. View all posts by steps2successwithsolutions

We believe in the Trinity—God the Father, Jesus His Son, and the Holy Spirit.

We believe that we are forgiven and we strive to live as those who are forgiven by giving up our sinful desires and submitting our will to God through humility, obedience, diligent prayer and consistent study of the Bible, the Word of God.

We believe Redemption mandated that Divinity become humanity; Redemption required the death of Jesus and the shedding of his blood on the cross that we may have Eternal life.

We believe in the Second Coming of Jesus.

We believe that Satan, evil angels, and the wicked will be destroyed by fire. Malachi 4:1

We believe in the entire Bible and that all scripture was written under the inspiration of God.

We believe in the fourth commandment which tells us that the 7th Day Sabbath is Holy and we are to observe the Sabbath from Friday sunset to Saturday sunset.

We believe that humanity was created in the image of God and that we are to love God and to love each other as God loves us.